Christoph Thun-Hohenstein is without question a big player in the Austrian art scene. From 1999 to 2007 he was well known as director of the Austrian Cultural Forum in New York. Later he came back to Austria to push the local creative industry as director of departure – the creative agency of Vienna. Since 2011 he is the director of the MAK (Museum of Applied Arts) in Vienna. I had the chance to visit him in his office. We talked about his rather new job, the importance of museums in the 21st century, the organization of a Triennial and the VIENNAFAIR… 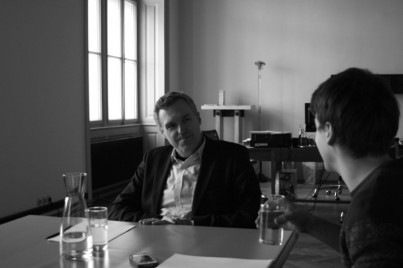 For about one and a half years now you have been the director of the MAK – Museum of Applied Arts in Vienna. How is it going?

Thun-Hohenstein: It’s going well, but I always go on working to meet the high demands of the museum.

Before you came into office Peter Noever was there for 25 years. He was a very charismatic director and set the main focus on contemporary art. Do you continue this pursuit or do you try to reposition the museum?

Thun-Hohenstein: In the later years, Peter Noever’s focus was on contemporary art – too much, in my opinion. But in his first ten, fifteen years as the director of the MAK he did a great job in repositioning the applied arts. He turned a world-class collection into a world-class museum. So I am not continuing the line of Peter Noever’s last years rather the line of his first decade. My objective is to position this world-class collection in the 21st century.

The current exhibition “Signs Taken in Wonder” is an overview of contemporary art from and about Turkey.

Thun-Hohenstein: “Signs Taken In Wonder” is not an exhibition of Turkish art. In the beginning there is the question of what’s going on in the megacity Istanbul. Who are the artists working and living there? What is the position, in particular, of Turkish artists to Istanbul? How do they reflect upon the city? In how far are they globalized and to what extent do they refer to their own traditions? We also show non-Turkish artists‘ work relating to Istanbul. The exhibition aims to show all these aspects as a network of positions, which can differ quite a lot. Due to the dynamic economic development in the last years, there has also been a boom in contemporary art. The Istanbul Biennial has done pioneer work in this field, and Turkish art is in great demand, worldwide.

In political terms Vienna has always been seen as a strategic location between east and west. As Turkish art plays a central role for VIENNAFAIR, do you think Vienna can claim this position in the arts as well?

Thun-Hohenstein: I think every art fair has to define its own market niche – unless we are talking about fairs as big as the Art Basel or Frieze. Vienna needs an art fair. It is only logical to focus on Eastern Europe and also Turkey. Given their shared history, Austria and Turkey have a lot to say about one another. And also because of the demographic situation: Many people of Turkish origin live and work here in Austria. Therefore, I think Vienna can establish a very authentic connection. With such competencies VIENNAFAIR has found its unique selling proposition, worldwide. When important collectors want to become informed about Eastern European and Turkish art, they will also come to Vienna.

One of your big projects at the moment is the European Triennial in Vienna, which should take place for the first time in 2014. It will be a huge exhibition, encompassing about 6000 square meters. A lot of money is needed. Is the organization running according to your plans?

Thun-Hohenstein: Yes, I think we can realize this project on a high level. It is important to explain why we are planning such a project. The idea of a biennial in Vienna has existed for quite some time. As we all know, Vienna doesn’t have one. I think a biennial or triennial – as we are planning – only makes sense if you have something to say. It should be something special. So in the beginning one must reflect upon Vienna’s past and its important impulses for modern and contemporary art. The theme of the Triennial is “Positive Change”. As we live in times of profound changes in society, it is important to provide a platform that defines Vienna’s relevance in the arts in the 21st century. We want to bring important artists to Vienna, and we want to support artists who live in our city. The Triennial will not only be a big exhibition but also a platform for symposia, workshops and conferences. There is a lot of preparatory work to be done, and likewise there will also be an important post-processing phase, i.e. there will also be a lot of output in the years in between.

Thun-Hohenstein: There has always been a very strong and important scene in Austria. Take the Wiener Gruppe in the 1950s or Viennese Actionism in the 60s, for example. But also the field of architecture, which was very connected to developments in design, was a realm of some very pioneering work. Art, especially contemporary fine arts, has become more and more present in the media. Just think of the big artists’ and collectors’ names and the appendant society. It is a kind of hype. The social significance of art, also in Austria, is greater than ever.

How is Austrian art perceived in the USA?

Thun-Hohenstein: Austrian art attracts interest but not necessarily as art made in Austria. It’s more about names and individuals. Franz West, who passed away last year, or Maria Lassnig are two of the most appreciated contemporary artists from Austria. On the other hand, I think the artist’s origin is always an important aspect in the works. So Austria, like many other countries, has great artists but it’s important not to rest on one’s laurels. We have to provide good platforms so that artists have beneficial conditions to elaborate interesting works and projects.

Does the public sector have more potential to stimulate innovation in the arts than the art market?

Thun-Hohenstein: I appreciate the work of galleries very much. In Austria we have great galleries. In my role as the director of departure, we initiated a project called “curated by_vienna” in which we focused on the curatorial profile of galleries, which is very important. But the art market’s tendency – which is totally understandable – is to count on established products, i.e. when there is high demand for a certain kind of art, the market strives to provide this art as long as possible. This is not the best precondition for innovation. The pressure to produce new works for art fairs is very high. That means, it is important to have museums, exhibition halls, and other non-profit institutions. Museums are not evaluation machineries for the market but rather places where artists have the opportunity to develop. The market has to keep an eye on the curatorial work of museums.

Is the public sector a better money source for art than the free market?

Thun-Hohenstein: It has to be a combination of both. The public sector can’t finance everything, but it plays a very important role in Europe. In the USA the model of financing is quite the contrary. Almost the whole art scene is in the hands of philanthropists and their foundations. Of course, these few persons have a lot to say. I don’t think that this is the best way. Many of the most interesting artists started their careers in Europe before they entered the US market. Museums with their basic financing from the public sector, like we have in Austria, can ensure more objective curatorial work – for example, because of advisory committees who are involved in decisions.

Do you collect art for your own?

Thun-Hohenstein: When you are in a certain position in the art scene I think it can become quite problematic to collect art on your own – especially contemporary art. In New York I curated an exhibition where I had the chance to buy a wonderful work of art by Markus Schinwald. As a private person I would have bought it without hesitation, but as a curator of the exhibition I decided, of course, not to buy it. Because of my profession I have the privilege of being surrounded by art every day, and I often visit art fairs and galleries and other museums. So I am not dependent on having a lot of contemporary art at home as well. Perhaps later when I’m not in this position anymore I will collect more art for myself. 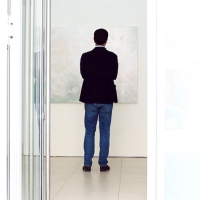 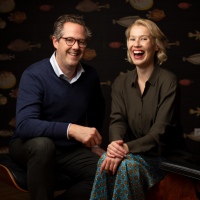 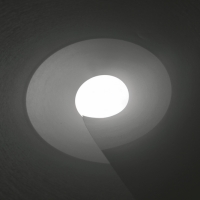 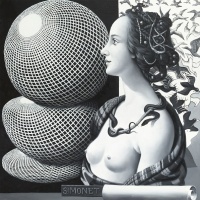 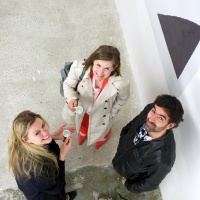 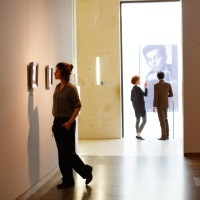